The Sandman Will Keep You Awake - The Loop

PMWiki development effort to create a markup called Slender, which would use "female syntax".

I insist a 'female user' is simply anyone that isn't a professional (and indeed feels more like a child): things should work the way users operate, not the other way round. I insist there isn't just one such mode (pm-papa-wiki), but 2 (Papa & Mama Wiki) will do (and enable the in-between (..)). In time we'll probably reach the point of 'everyone his own wikisphere'.

Slender is indeed supposed to have a *female syntax* (now I have semantics defined). Those who wear the word, are specially addressed, and really, empowered by the use of the word. My proposal is far from good enough. I know it can be far different, hopefully better and maybe the final ambition is just impossible. Take charge!

Remarkable: my announce-email didn't have a reference to a 'female syntax' in it, yet the first to respond were indeed female users. There is indeed a need? 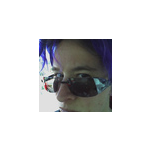