A bingo card in online feminist discussion is a square (usually 5×5, with the centre square being free space) of oft-seen catchphrases, actions, or ideas signalling typical anti-feminist (or racist, ableist, etc) arguments or attitude.

Generally speaking, meeting one square on a bingo card is not necessarily a sign of a problem, but meeting several either in one comment or when explaining your position over several comments, is considered a sign of either a concern troll or allies who need more feminism 101 background reading or a privilege check. In theory one would play bingo with them, ie, checking off spaces as they're met, and wait for someone's arguments to match an entire row or column--in practice they act as more of a checklist, and actual bingos and especially multiple bingos coincide with a mostly full card.

The cards may be derived from the idea of buzzword bingo in geek circles, in which bingo cards are made for corporate-speak ("synergise", "human resources", "re-deploy") and geeks in a meeting wait to see who is first to get bingo on a row or column.

Feminists including Lauredhel have assembled anti-feminist bingo cards listing some of the common rhetorics used to dismiss, deny, and derail feminist conversation:

Other bingos and lists of bingo cards 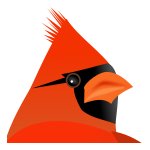