Barbie: I Can Be a Computer Engineer

We're Getting Mutants in the MCU - The Loop

Barbie: I Can be a Computer Engineer is a children's picture book published in 2010. It portrays Barbie (the popular doll) as an incompetent computer engineer who cannot program and who spreads viruses.

In November 2014, Pamela Ribbon discovered the book at a friend's house and published the text of the book with commentary to make fun of its sexism and essentialism.

“Your robot puppy is so sweet,” says Skipper. “Can I play your game?”

“I’m only creating the design ideas,” Barbie says, laughing. “I’ll need Steven and Brian’s help to turn it into a real game!”

What the fucking shit, Barbie?

Mattel stated in response that they had "reworked their Barbie books" since 2010.

Kathleen Tuite created a web app allowing users to create their own remixes of the Barbie book; for example, one in which Barbie asks, "How can we use the skills we learn in this class to destroy the capitalist techno-patriarchy?" 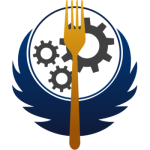